Share a memory
Obituary & Services
Tribute Wall
Read more about the life story of Olga and share your memory.

It is with great sadness that we announce the passing of Olga Rezansoff on November 3, 2022 at the age of 86 years at the Regina General Hospital following a brief illness.

Olga met her soulmate Walter A. Rezansoff (of Cote Sask.) and they were married on October 4, 1953.  They had three daughters.  Olga and Walter moved many times during their younger years and met many new neighbors and friends along the way.  They eventually settled in Kamsack in 1965.

Olga was a dedicated housewife, mother and farm wife.  She and Walter farmed outside of Cote, Sask., for about 20 years.  Olga also enjoyed a fulfilling career working at Sears, where she eventually managed the location.  She can be fondly remembered answering the telephone, “Sears, Olga speaking!”.  Upon selling the farm in the early 2000’s, Olga and Walter moved back to Kamsack to spend their retirement.

Olga was a dedicated member of the Royal Purple in Kamsack and volunteered her time to support the Kamsack Hospital Auxiliary.

In retirement, Olga and Walter spent several summers at Lake of the Prairies at their permanent campsite in their beloved trailer.  In her later years, much to the chagrin of Walter, Olga delighted in tuning into Dr. Phil and Judge Judy daily.  Olga enjoyed reading a variety of novels and she cherished visits with family, friends and neighbors.

A memorial and celebration of life for Olga will be held this summer.

To send flowers to the family or plant a tree in memory of Olga Rezansoff, please visit our floral store. 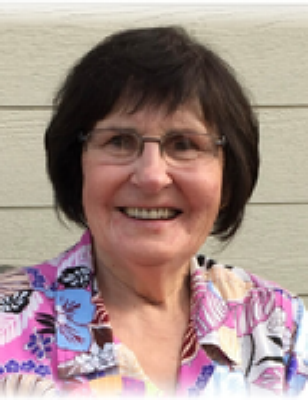 In Loving Memory Of

Look inside to read what others have shared


Family and friends are coming together online to create a special keepsake. Every memory left on the online obituary will be automatically included in the book.

You can still show your support by sending flowers directly to the family, or by planting a memorial tree in the memory of Olga Rezansoff
SHARE OBITUARY
© 2022 Andrychuk Funeral Home. All Rights Reserved. Funeral Home website by CFS & TA | Terms of Use | Privacy Policy | Accessibility